Who Do You Put First: Employees or Customers?

Who comes first: employees or customers? Saying “both” is taking the easy way out: This concept has nuance. The closely held tenet of business schools and entrepreneurs alike has long been the important relationship between the company and its customers, often believing that those who pay the bills should always be treated with priority. And we’re certainly not telling you that customers aren’t important because they are vital to your success and that of your team. But what if you thought about it a different way and had similar or better results? 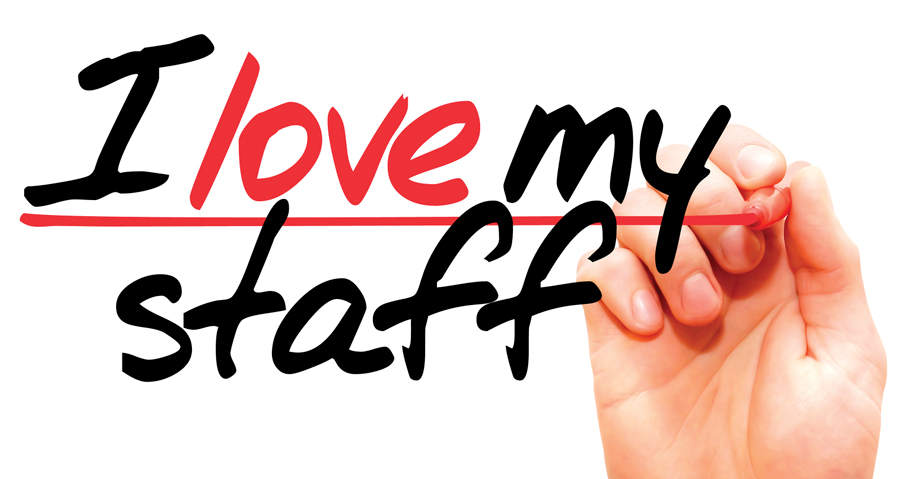 Sir Richard Branson, the mogul behind the wildly successful Virgin brands, has lived by the mantra of “Employees first, customers second, and shareholders third.” His belief is that if employees have buy-in and are as close to 100 percent satisfied with their job as possible; then they will treat customers in the manner you want and need them to be treated. He feels that happy employees will create happy customers, and he’s not wrong. If you shopped at brick-and-mortar stores over the holidays, you could easily tell the difference between employees who really hated their jobs (and shouldn’t be in a customer-service role) and those who were proud to work for that company. Since customers interact with the frontline employees more so than with the owner or shareholders, striving for the latter is hopefully your ideal.

Let’s face it: Branson’s methods have worked for him, as his net worth currently stands at more than $5 billion—not too shabby for a guy who got his start with a mail-order record business. But there is a place for low-cost, low-service companies in the marketplace—although we generally refer to them as taxis or TNCs. Luxury chauffeured transportation is about high-touchpoint service and anticipating customers’ needs, not just getting a ride from point A to point B.

“Empowering staff is just one piece of the puzzle: If you don’t express your own passion for customer service, how can they emulate it?”

Branson’s thinking is unconventional but not without merit in the 21st century. How many times have you automatically placed blame on your chauffeurs or dispatchers when dealing with an angry customer, only to find out that the information the customer shared was incorrect? How often have you asked your team on the frontline for advice to improve processes only to shoot it down or never implement it? Have you ever asked them at all?

While many larger corporations have placed value in satisfying shareholders first, it often comes at a detriment to customers and employees alike. Younger workers have different ideas about their relationship with their workplace than previous generations, and it’s becoming contagious. Employees want to feel valued and that their contribution is worth something, other than putting dollars in the pockets of the senior officers. When everyone is treated fairly, it becomes less about money and more about the pride of working for a company that has a culture of caring. If employees don’t see that, they are fine with leaving. That’s why many start-ups that offer a tremendous culture but lower pay are attracting young talent.

In a high-turnover industry, could this be the way to keep employees longer? Branson was able to keep customers and employees as company fans in an industry where shoppers are ultra-price-sensitive: airlines. These are some of his ideas on how to make it work.

A good leader doesn’t get stuck behind a desk
Branson is known for popping up in places where some other CEOs would never be caught: in the cabins of his planes, talking to customers and employees in line, and walking around his office. You may think you know everything about the business you started but he’s of the opinion that you learn so much more from the people who are tasked with dealing with customers every day. He also makes it a point to not only know their names but to solicit their feedback, which he writes in a notebook. Good ideas are shared with the organization. He says: “An exceptional company is one that gets all the little details right, and the people on the frontline know when things aren’t going right. If you really listen to them, then you can improve the conditions for everyone at the same time.”

Minor tweaks can solve big problems
It’s a given that turning customers into raving fans is critical; Branson simply argues that excellent customer service is the result of a happy workforce and not the other way around. If you have employees who are constantly stressed about their salary or hours, are there fixes that will make them dread work less? Perhaps altering an employee’s schedule by a half-hour each day will resolve the anxiety they have every morning in getting their kids off to school and making it in on time. Maybe you have an employee who needs more of a challenge but has been turned down for an advanced position. Is it time to reconsider?

Walk the talk
Empowering staff is just one piece of the puzzle: If you don’t express your own passion for customer service, how can they emulate it? Trained, empowered, and happy employees take good care of loyal and satisfied customers.

Make yourself available
In addition to doing a frequent stroll through your company to connect with your employees, you should be actively listening to their ideas. This is where many business leaders fail because they claim to have an open-door policy, but present a culture of hierarchy that makes it difficult to connect with you—not their direct supervisor, but you. Of course you have a lot on your plate, but are there too many boundaries and blocks to the executive suite? Consider the lessons that many CEOs learn when going undercover in their business during Undercover Boss. Oftentimes the moral of the show is that the boss had no idea what was going on and that they needed to listen more. Will you?

Say thank you, frequently
Who doesn’t appreciate being thanked for their work and dedication? Also: Praise employees in public, but correct them in private. Want an immediate disconnect with an employee? Embarrass them by publicly scolding them in front of their peers.

Acknowledge the smaller progresses so that they build into bigger goals
Most people are starving for acknowledgement from their supervisor or company owner, so acknowledge their progress no matter how big or small. It’s amazing how quickly someone’s attitude can change for the better when they are praised for their contribution or recognized for their efforts—to see that someone is paying attention to their work can make all the difference. It builds confidence, ownership, and smart decision-making because they will want to do the right thing.

Branson’s ideas have caught fire of late: They have been written about in magazines like Forbes and Inc. You can read similar thoughts in books by various business and management consultants, such as Employees First, Customers Second by Vineet Nayar and The Customer Comes Second by Hal Rosenbluth. Even Deepak Chopra teaches a class called Just Capital, which focuses on the well-being of employees within an organization to help it flourish. Branson accomplishes this by never forgetting that the customer is important, but by sharing his passion for customer service with employees who are excited to do the same because they genuinely like where they work and are proud to represent the brand. There’s a reason that Virgin Airlines was ranked the top domestic carrier for several years running before it was sold to number-three Alaska Airlines. Could it work for your company, too? [CD0118]