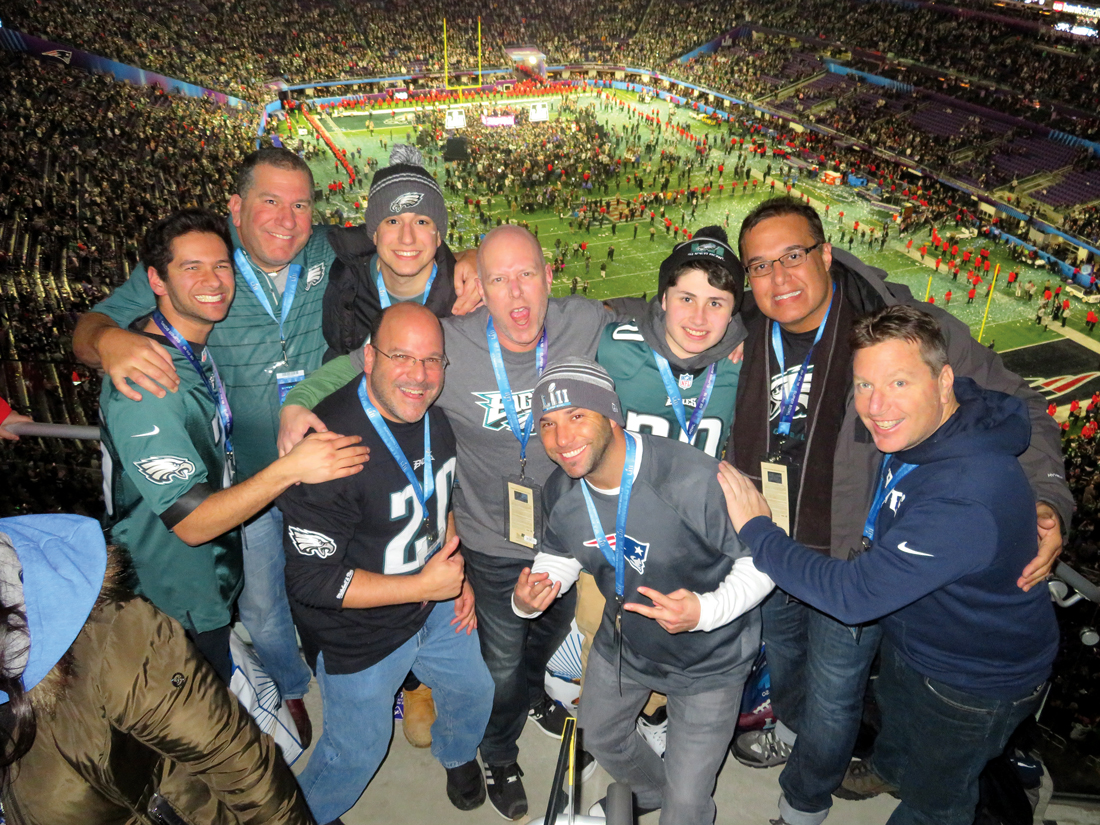 Sharing the Eagles’ Super Bowl win with the next generation. Back (L to R): Steven Simon, Alan Candeub of Park Avenue Limousine, Chase Candeub, CD Publisher Chris Weiss, Reed Weiss, and Kevin Illingworth of Classique Worldwide. Front (L to R): Tony Simon of Reston Limousine, Jeff Brodsly of Chosen Payments, and Arthur Messina of Create-A-Card. Super Bowl Sunday is an institution. It’s the one day a year where everyone is a football fan. Of course, The Big Game is also an enormous social event, with the annual Super Bowl parties rivaling the traditional backyard barbecue as the quintessential all-American get-together. But seeing the game in person—particularly when it’s your hometown team—is an experience on a whole other level, and being able to be there with your friends creates a unique connection.

With perennial underdogs, the Philadelphia Eagles, facing returning champs, the New England ­Patriots, football fever was at a high, and all it took was a few texts to make the trip "a go."

So when Chosen Payments’ CEO Jeff Brodsly had the opportunity to score Super Bowl tickets, it seemed only natural that he would rally a few of his industry friends together for a whirlwind trip to Minnesota. With perennial underdogs, the Philadelphia Eagles, facing returning champs, the New England Patriots, football fever was at a high, and all it took was a few texts to make the trip "a go." Joining Brodsly in Minnesota were pals Arthur Messina from Create-A-Card, Kevin Illingworth from Classique Worldwide, Tony Simon from Reston Limousine (with son, Steven), Alan Candeub (with son, Chase), and CD Publisher Chris Weiss (with son, Reed). 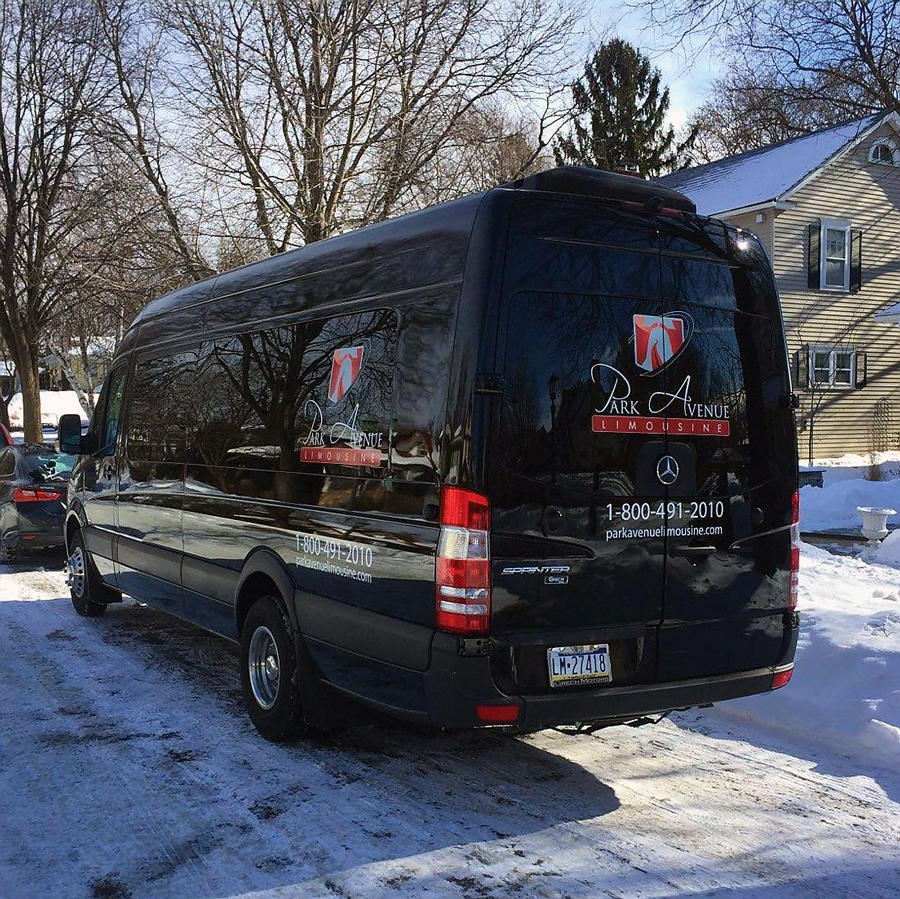 Park Avenue's new Grech Sprinter "To think, this all started with a group text during the NFC Championship Game. We were sort of joking around that if the Eagles won, we’d all have to go to the Super Bowl. That quickly escalated and then the next thing you know, Jeff was working on tickets and we were going," said Weiss.

Booking a weekend trip for nine guys is never without its challenges, but planning a last-minute jaunt to what’s arguably the biggest tourism event of the year requires more than a bit of finagling. Hotels in the Twin Cities were sold out months in advance, and the bitter, bitter cold in the host city (-10°F!) made it difficult to even get a bite to eat. Fortunately, having close relationships within the industry can sometimes make the impossible possible.

"None of this would have happened if it wasn’t for Jeff Brodsly. He is one of the most generous people I know, and didn’t hesitate for a second to work his connections and help make this dream come true for his friends. It was no easy task securing nine tickets together, but Jeff was on a mission," says Weiss. "Then, Charlie Murray from Total Transportation came through with a house we could rent."

What’s more, the gang avoided having to venture into the cold to eat in an overcrowded restaurant thanks to friends from Premier Transportation, who referred them to a private chef who made dinner on Saturday.

"Being together in a house, and having that camaraderie was fun," says Candeub. "If we had been in a hotel, we would have all been in separate rooms on different floors. This way, we got to hang out, and with three of us bringing our sons, they got to bond a bit, too."

As for the game itself, it lived up to any and all expectations. Not only was the event touted by the sports media as one of the most exciting Super Bowls in recent history, but for die-hard Eagles fans like the Weisses, Simons, and Candeubs, being there to see their team win its first championship was a truly unforgettable experience.

But for Simon, a second-generation Philadelphia fan, the weekend was truly special.

Fortunately, having close relationships within the industry can sometimes make the impossible possible.

"To go to Minneapolis with my son and FaceTime with my Dad during the Eagles’ first Super Bowl win was a once-in-a-lifetime experience. It was extra special to have many other friends, and some with their sons, at my side. It will bond us forever."   [CD0318]