Dilemma: I’ve noticed that some of the people I’ve hired have become more than comfortable in their jobs: They’re complacent, sometimes to the point when they think they’re untouchable. It’s one thing to be self-confident and take their important roles seriously, but their attitudes have transcended from confidence into arrogance, and I’m worried it’s bad for the company.

Thoughts of the Day: Build an organization of team ­players by giving people goals and challenges. Remember, no matter how key an employee may seem to be—or makes you think they are—everyone is replaceable. Use regular reviews to tell people where they stand. It all comes down to what you’re willing to accept, and whether or not you’re willing to make and enforce demands. 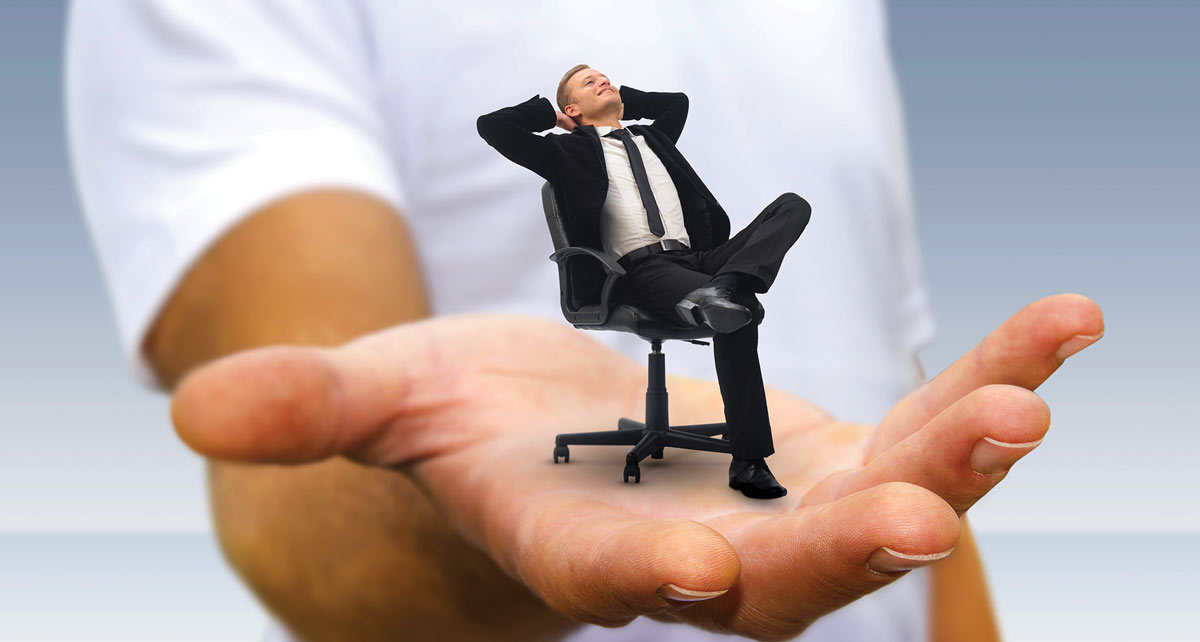 A team of employees focusing on a common goal and working together to understand and overcome a set of challenges can accomplish substantially more than any single individual. Assign all employees to teams. Look for opportunities to have people overlap duties and back up other positions.

Target the people who are isolated, either by job function or by personal choice. For starters, ask them to join a group project, with a clearly defined goal and a leader who is good at including team members. Make it clear that part of their performance review is based on how well they perform as a team member, and ask for regular updates. If necessary, provide one-on-one counseling to the people you’re working to turn into collaborators.

Sometimes you may run into a “fit” issue, as in the people you’re counseling are having trouble fitting in as productive team members. Document the work they do. Start cross-training others to do some, or all, of their job. Keep in mind that your responsibility is to the company overall. With enough documentation and cross-training, even key players can be replaced.

Be aware that those who naturally step up to lead can sometimes also be guilty of arrogance or complacency, especially if they use their position to undermine their co-workers, play favorites, assume authority they don’t have, or overstate their importance to the team. Many have experienced an “irreplaceable” dispatcher who only gives the lucrative runs to certain chauffeurs and leaves the more difficult customers to those who aren’t friendly with the dispatcher. It isn’t the best use of the team, and it often backfires on the company when other high performers leave because they don’t have the opportunity to advance.

Meet individually and explain that sub-par performance on a team could get in the way of making progress in the company, and thus cancels out high individual performance in the long run—the rest of your staff will grow to distrust people who are only in it for themselves, and you may even notice that the individual in question has become more interested in using their role for their own gains rather than the company’s. If their behavior is especially disruptive, or if you’ve been through multiple counseling sessions and there’s no real progress, make sure they know that they could be facing consequences up to, and including, termination if they don’t shape up. Don’t be subtle at this stage. Make sure the message gets across.

At the same time that you’re warning people about their job performance, post their jobs and look for potential replacement candidates. Managers and business owners often hesitate to draw the line with disruptive or uncooperative employees because they fear no one else can do the job. And while turnover is costly, a disruptive team member is, too; looking for replacements and training others to do some, or all, of the job will give you options and lessen the sting of a new hire.

In general, it is wise to conduct reviews with people once or twice a year. Try to keep people on their toes by finding the balance between giving them new tasks to master, and allowing them sufficient time to get good at existing assignments. Everyone should have a mix of some new things to learn, some things they can do really well, and a bunch of things that they’re working toward mastering.

Set the tone for the company as you conduct reviews. Give people realistic stretch goals. Put it in the context of what the company has to achieve in the upcoming year, and how their success at mastering new goals is essential to that progress.

Make time to review company results, and to plan out what’s needed for the company going forward. Make it your job to demand excellence from everyone around you, starting with yourself. Create a culture of accountability and responsibility.

Limit the time you spend with marginal performers, energy suckers, and self-serving individuals. Recognize and reward the people who perform in an atmosphere of collaboration, cooperation, and acting in the best interests of the company. Give them most of your time and energy because, after all, team players are your future.   [CD0318] Andi Gray is the founder of the Business Consulting Firm Strategy Leaders. She can be reached at andi@strategyleaders.com.