Can Your Company Survive the Loss of You? 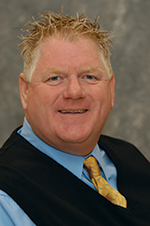 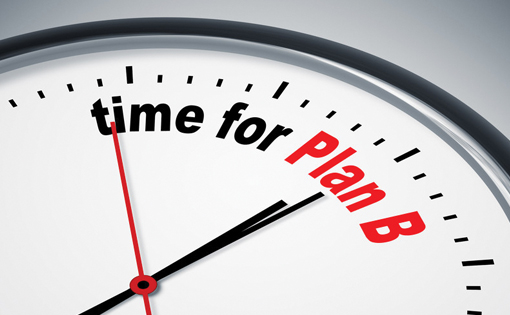 There are certain events in your life that remain epoxy-like in your consciousness: the day you get married‚ the birth of a child‚ the day that child takes his or her first step ... and the day you almost die.

That day for me was May 8‚ 2014. It was a nondescript Thursday afternoon when I got to break in a brand-new Harley-Davidson Fat Boy motorcycle on the streets of Braintree‚ Mass. For those unfamiliar with motorcycles‚ this is the same bike that Arnold Schwarzenegger rode in “The Terminator.” In the movie‚ every time The Terminator crashed his motorcycle‚ he also amazingly repaired himself on the spot and started riding again‚ good as new—but of course‚ that’s the movies (or maybe just Arnold!).

That May afternoon‚ with the weather cloudy but dry‚ I took a corner too quickly and all of a sudden I was riding sideways on the ground‚ with nothing between me and an oncoming curb but 700 pounds of hot metal. It was the last thing I remembered before waking up in Boston Medical Center‚ surrounded by a circle of surgeons telling me that I was no Arnold Schwarzenegger.

What happens if an important employee quits, takes a leave of absence, or unexpectedly dies? If the company is built on the right foundation, it should survive with minimal disruption to service—even if it’s the owner (although the death of an owner is a bit more complicated and for another article). It does, however, require a little bit of pre-planning to minimize as much of the pain as possible.

• Identify the positions that would have the most impact on the quality of customer service or the overall operation, especially if it isn’t redundant or the person manages a large number of people, such as a director of operations. If you’re not actively involved in the day to day, be sure to ask your right-hand people whom they would identify as “essential.” Some of your key people may not be managers at all.

• Write a detailed description of all that each of those jobs entails. A mistake that a lot of small operators make is not understanding the positions within their organization and the daily workload that passes through a particular department. If there is a process that only one employee does and you’re unaware of it, that could lead to chaos if it’s not done in their absence.

• Cross-train as much as possible within the organization so that someone could step into the role temporarily if needed until a permanent replacement is found and trained.

• Determine who in your company demonstrates the skills, leadership ability, and knowledge of the position to possibly take over now that the opportunity has presented itself (or potentially divide duties among several employees). If a position needs to be replaced with new talent, don’t rush the process just because you need to hire someone.

• Prepare for the effect that the departure will have on your company. Employees spend multiple hours working together, so it’s only natural that they will be affected in some way, especially if it’s a death. Now is the time to reassure employees that you have a plan. There will be growing pains as others take on additional responsibilities and the workflow adjusts accordingly. Allow some time for grieving.

• Reassess after a few months once everyone has adjusted. You may not be aware of something that is being overlooked or has not been done since your former employee left, and it could be a matter of time before it catches up to you.

As I lay in that hospital bed‚ my body pretty much marinating in a stew of various painkillers‚ I tried to decipher through a haze what the doctors were telling me. The diagnosis: my right shoulder was broken‚ four vertebrae were cracked‚ and my right arm suffered such severe nerve damage that it now lays at my side‚ a useless appendage. I would spend three days in the hospital‚ another 30 days bedridden at home recovering‚ undergo major surgery (with more to come)‚ and watch as 30-some pounds slowly slipped off my body. And while all this was unfolding‚ I was trying to figure out how to keep running a multimillion-dollar ground transportation company and oversee the logistics of 75 vehicles‚ 120 employees and chauffeurs‚ and more than 1‚000 clients.


Some companies have the luxury of a key person in the number-two position to come off the bench in the event of a severe but non-life-threatening illness.


I am the face of ETS International but at that time‚ the face of the company was staring at nothing but a bedroom ceiling.

It’s a problem many companies in our industry face. We are driven—for the most part—by a strong entrepreneurial spirit. We are people who love the challenge of being on the front lines‚ working directly with key clients‚ having the final word on whether leasing a new SUV is warranted‚ or if we should consider adding a limobus. We’re the ones trying to decide whether a certain chauffeur is more likely to impress a CEO with his professionalism or show up at the airport wearing powdered donut on his jacket. And while juggling a thousand different things during a typical business day‚ we never once ask the question: What would happen to my company if I weren’t able to do what I do? We never stop to think how a personal life-changing incident would impact our company’s ability to function‚ and moreover‚ could we let it function without us while we take the time we need to address whatever happened personally? That’s a big one for you bulletproof types out there.

For financial security‚ some larger companies may opt to take out disability insurance‚ which would provide a monetary cushion until the key person is back on their feet. But it is not something a lot of CEO-types in our industry want to even consider.

According to Robert Robins‚ a professor emeritus at Tulane University and a noted expert in the area of leader disability‚ a determining factor in convincing key personnel to undertake disability insurance is the CEO’s personality and work style: Is he willing to work with the board and senior management to make the transition‚ even if an illness is not terminal but does make him unable to perform his duties? “The end of work to many is the same as the end of life‚” says Robins. “Giving in will be resisted in every way possible. And the situation is worse in companies whose CEO has a hands-on rather than a delegatory style.” Guilty as charged.

Some companies have the luxury of a key person in the number-two position to come off the bench in the event of a severe but non-life-threatening illness‚ such as a heart attack ... or a motorcycle crash. And both the company and I were fortunate enough to be in that position.

Although my right arm was out of commission‚ the only right hand I really needed was back in the office. My brother‚ Pete‚ had long been the business’s other key player. I may have been the one steering the ship‚ but Pete has always been the rudder‚ making sure we never veered into turbulent waters. And as I made every frustrated attempt to stay in the loop during a long recovery via phone calls‚ texts‚ and email‚ I at least found solace in knowing that the ship was still on course‚ thanks not only to Pete but also a staff who was fully trained in handling all aspects of what needed to be done‚ who were more than capable of picking up the slack and keeping things running smoothly.

But it was still a hard adjustment to make‚ and not every company owner has the luxury of being able to call on their “number two.”

Anyone who knows me (or has seen the many photos adorning my office walls) understands that I operate at two speeds: fast and faster. My business life had always been a whirlwind of sales meetings‚ phone calls‚ association meetings‚ charitable outings‚ chamber of commerce appearances‚ trade show excursions‚ and so forth. It was not uncommon for me to show up at four to five events per month. But after the accident‚ all my efforts were focused on just trying to tie my shoe with one hand. Even when I was able to go into the office‚ what was once a typical 70-hour workweek barely made it to 25 hours—and sometimes even less than that‚ depending on how hard I pushed myself or the price I was willing to pay down the road.

As I write this article‚ it’s been just about a year since my life changed for the worse. But because of the people we put in place‚ and their abilities to assimilate into different roles and different duties‚ plus an extremely dedicated and proactive board and ETS’s dedicated General Manager Joe Manning‚ our company continues to grow at a phenomenal pace. Our team understood what they had to do‚ and they did it.

I have just undergone a second operation‚ this time to take nerves from my thigh and transplant them into my right arm‚ with the hopes I can get some movement back. But we won’t know for at least six months. Turns out that relocated nerves‚ so I am told by people with lots of degrees on their wall‚ grow at a very slow pace. But I remain optimistic‚ although there may be additional procedures down that long and winding road to a (hopefully) full recovery.

I spend more time in the office now‚ and have attended a few trade shows. And the overwhelming support I have received from friends‚ family‚ and those in our industry‚ has been off the charts. I salute you all (with my left hand).

Thinking back‚ I often wonder if I should have done things differently that day I jumped on my Harley-Davidson. Should I have driven 20 miles slower‚ or been 20 years younger? Maybe. Should I have considered what would happen to my company and all those who depend on me if I hit a sidewalk curb at 60 miles an hour? In all honesty‚ the thought never crossed my mind.

But what happened happened. Fortunately‚ I had in place the right people at the right time to keep the company moving in the right direction. I took the hit that May afternoon but‚ fortunately‚ ETS International never did. [CD0615]