Legal Ease: Reviewing a Legal Agreement Before You Sign

This article is a companion piece to the workshop I conducted with Roberta Pike at the Chauffeur Driven Show in Miami in October, though you didn’t need to attend the session to benefit from this article. I think it is important that every businessperson has a good working knowledge of contract basics so that he has the tools to protect himself when making a deal. Furthermore, the more detail you can provide to your lawyer in a solid working document, the less money you will pay that lawyer to review and tighten up any deal. 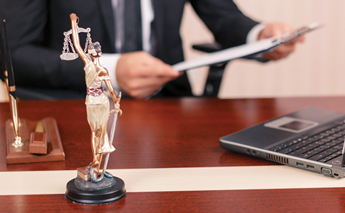 The first issue for any person entering into a contract is: Do I need a lawyer to review this agreement? The simple answer is yes. This is not an advertisement: A lawyer will provide you with a few things you might not know that you need.

If the lawyer is skillful in drafting, he will be able to limit your risk of a lawsuit resulting from the agreement. The lawyer also likely maintains malpractice insurance, which provides you with an additional level of protection if the attorney makes a serious mistake.

Most lawsuits result from a breach of the basic terms of a legal agreement by one party or the other (e.g., one party fails to pay amounts due pursuant to the agreement); however, the number of lawsuits arising from ambiguous or ill-defined terms in an agreement is quite surprising. For example, our firm just litigated a major case that involved competing interpretations of the method of accounting for expenses in an agreement. Unfortunately, if the parties cannot reach an informal resolution of such disputes, a judge must interpret the terms of the agreement. Such litigation is expensive, time consuming, and often can be avoided by good basic contract drafting.

In order to avoid such ambiguities, we strongly recommend using clear language and, where appropriate, definitions and examples to illustrate what is intended in the agreement. This is a relatively new concept in contract drafting, but it is used more and more to great effect.

Do everything you can to tighten up the draft agreement prior to providing it to your lawyer. Include all basic terms and clear examples, so both parties—as well as both parties’ lawyers—know what is intended.”


For instance, if you have a marketing contract with an employee that provides he will receive 10 percent of the revenue he generates, you first have to define the term “revenue.” An example might be:


“Revenue is defined as the net revenue directly generated by Employee through their sole marketing efforts minus any costs associated with generating that revenue. Costs will only include direct costs and will not include administrative charges, taxes, or depreciation. Such costs will be calculated by the accounting department and provided to Employee upon issuance of a check with 30 days of the revenue being received by Company.”

“For example, Employee cold calls Corporation X. Corporation X decides to book a $50,000 event with Company. Company provides services for the event and incurs $25,000 in labor charges, $5,000 in fuel charges, $300 in tolls, and $1,000 in water and beverages. The accounting department will issue a cost breakdown to Employee showing the $50,000 in revenue minus $31,300 in expenses leaving Revenue of $18,700. Employee will receive a check for $1,870 representing Employee’s 10 percent of revenue.”


Using this type of sample will assist both parties in understanding the agreement and, therefore, limit the potential for competing interpretation of language and lawsuits.

One type of dispute resolution agreement is binding arbitration. There are a number of variations on this theme. Read the agreement; the clause may choose who will hear the matter, which is obviously an important issue. Further, the agreement may place strict limits on the time you have to file the action, and also may limit the type of damages you can recover. If you do not understand what you are signing, you may be giving away valuable remedies or agreeing to litigate the matter in an unfavorable venue or before an unfavorable judge. Ask your attorney to review and explain any arbitration provision to you prior to signing.

Other types of dispute resolution clauses include nonbinding arbitration, where a judge or arbitrator gives you an opinion on an issue that is not binding, or a mediation clause. Mediation clauses have become more popular over the past decade as mediation has taken off as a preferred method of alternative dispute resolution in contract cases. Including a mandatory mediation clause in every contract is a good thing: it forces the parties to talk, usually with an experienced mediator, and attempts to resolve their issues without the cost of litigation. If the mediation clause is mandatory, you may have to proceed to mediation prior to filing a lawsuit. The only downside to mediation is it can cost up to $10,000 per day, although there are reasonable options in most cities.

One of the most important issues in understanding contract law relates to indemnity or risk transfer agreements. This area has been covered in previous articles, but it is important to restate the value of reviewing these provisions in every contract prior to execution.

Some states limit the type of indemnity provisions available. You must check with a local lawyer to determine what is available in your jurisdiction. If you are the party being indemnified, you will want the strongest protection (i.e., a Type I provision). If you are indemnifying the other party, you want the weakest provision. Do not sign any agreement until you have carefully reviewed your indemnity position in the agreement. If you have an event that triggers your duty to indemnify, you will have to provide an attorney to the other party at your cost, and possibly pay all damage awards against that party. This can be incredibly expensive and could lead to the insolvency of your company.


Do not sign any agreement until you have carefully reviewed your indemnity position in the agreement.”


Another important clause to look at is usually contained in the boilerplate of a contract. This is the Choice of Law/Choice of Venue clause or clauses. Review this section of every contract. Whenever possible, be sure to pick a venue and law that is close to your primary place of business. Note that even though the venue clause may say that “any lawsuit brought to enforce the terms of this agreement must be brought in the Superior Court of Sonoma County, California,” it may go on to add, “the Court when deciding any dispute brought to enforce the terms of this contract will apply New York substantive and procedural law.” The first part is the “Choice of Venue,” the second is the “Choice of Law.” Make sure that both are local to you, or you may find yourself hiring lawyers thousands of miles away from where you do business, applying law that is unfamiliar, and possibly unfavorable to your position. Further, even if venue is nearby, but the law is of a different jurisdiction, you will be paying your local lawyer to research and learn new law.

Unfortunately, in my opinion, the United States is generally a “both parties pay their own way” jurisdiction. Unlike Great Britain, where the loser in a dispute most often pays both sides’ attorney fees, the U.S. favors the rule that each party bears its own share of fees and costs unless a statute or contract dictates otherwise. I believe the “loser pays” default rule, similar to what is used in England, discourages litigation, as the loser has much higher stakes, and is therefore good for society in general. In any case, one should consider whether to include a “loser pays” clause in one’s contract. Generally speaking, if you are the party most likely to have to enforce the contract (e.g., in an acquisition the party selling the company and receiving the money), then you will likely want an attorney’s fee provision in the agreement. Ask your lawyer whether such clause would prove favorable to your position.

Read the rest of the boilerplate in the contract, as it may contain other restrictions on litigation that are important. If you do not understand a clause, ask your attorney to explain it.

In short, read before you sign! Always hire a lawyer to review a contract, even in the simplest agreements. An hour of an attorney’s time spent in advance of signing an agreement may save thousands of dollars in attorney’s fees when a dispute arises. That said, do everything you can to tighten up the draft agreement prior to providing it to your lawyer. Include all basic terms and clear examples, so both parties—and both parties’ lawyers—know what is intended. Provide your intent for the agreement to include each of the important legal clauses, and which variation you want.

No contract is perfect or anticipates everything. Do not be afraid to do business—which, of course, includes entering into contracts—just because the legal aspects of the deal seem daunting. Simply weigh the risk of entering into a less-than-perfect agreement against the rewards of the arrangement. Ultimately, each party’s trustworthiness is paramount in determining whether an agreement will lead to litigation. If you don’t trust the person you are doing a deal with, then don’t do the deal. No attorney can completely protect you against a dishonest party who is set on creating conflict. [CD1115]