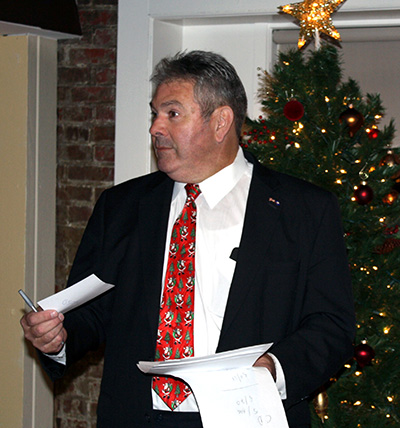 While there was much merriment to be had, there was also business to tend to. VLA President Paul Walsh of Superior Executive Transportation kicked off the evening event with thank yous, an overview of the association’s 2016 activities, and an update about inauguration information via both the Metropolitan Washington Airport Authority and Department of For-Hire Vehicles (DFHV). 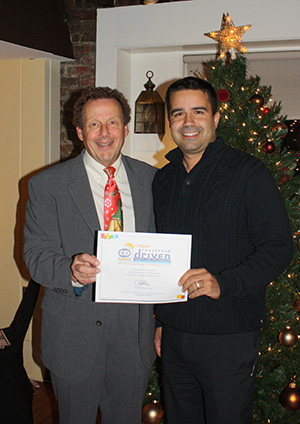 CD Industry & Brand Ambassador Philip Jagiela (left) with John Oulton of Richmond Limousine, winner of a pass to the 2017 CD Show in Orlando Tony Simon of Reston Limousine and Zulfi Abbasi of American Executive Sedan Service expounded upon the benefits of the VLA’s newly strengthened ties with the DFHV while also thanking Jagiela for his role in building the relationship between the agency and association. Both VLA members explained how working with the DFHV will streamline a number of operations, such as how the agency will work with livery companies’ software providers to integrate their systems and how using its app to report where the industry’s services are being performed will help improve the district’s transportation efficiency.

Before the holiday festivities commenced, Jagiela concluded the formal part of the evening by raffling off a pass to the 2017 CD Show, which was won by John Oulton of Richmond Limousine.

The next VLA meeting will be February 6.