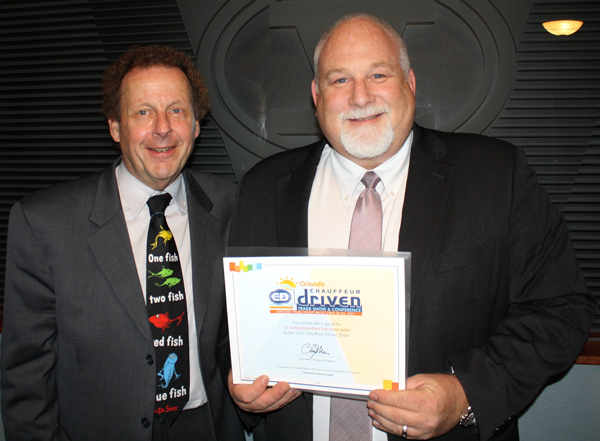 Jagiela called the meeting to order with a special presentation to the membership. As VLA was recently honored with an Association of Excellence Award, all members received a copy of this certificate. Board members were presented with framed copies.

Walsh then took over and introduced VLA Treasurer Randy Allen of James Limousine to give the Financial Report. Meeting sponsors Zulfi Abbasi and Afzaal Iqbai of American Executive Sedan were then acknowledged and had a chance to address the group.

Chief Enforcement Officer Dennis Starks of the D.C. Department of For-Hire Vehicles next addressed the crowd as keynote speaker. Starks detailed a new app that is part of the Non-District Limousine (NDL) pilot program, for operators both in and out of district. It is being offered to operators at no initial cost as part of a beta test group. The current program will end August 31 and is limited to 300 permits. The NDL program allows approved operators to drive point-to-point inside the district

The app purports to connect riders with drivers who are “insured and vetted by the department,” according to Starks. “In addition, the drivers connected will have criminal background checks and an average of 20 years of professional driving experience.”

Starks also updated the membership on TNCs, regulations and enforcement in addition to the RIDE Act reporting requirements. Members who need more information on the app and DFHV NDL program, TNC regulations, and RIDE Act requirements can find it on the VLA website by logging into the members-only area of the association’s website. 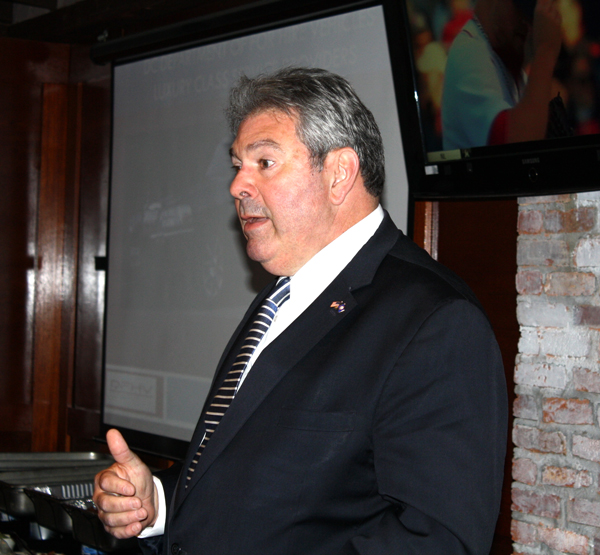 VLA President Paul Walsh of Superior Executive Transportation Walsh then introduced Barbara Arkwright of the Virginia Department of Motor Vehicles, who updated members on changes in taxi regulations. These will now return to control of the municipalities, and the agency will have very little to do with taxi regulations in the future.

“Per new state guidelines, TNC registration is no longer required,” she said. “Anyone can work as a TNC if they follow the current code.” Arkwright also reminded the group that their agency, responsible for enforcement, remains committed to working with VLA members.

VLA Secretary Glenn Stafford of Love Limousine provided the group with a charity committee snapshot that featured a $1,000 check as part of a recent award and plans to poll membership for a decision as to where the funds should be directed.

John Oulton of Richmond Limousine has accepted the position of communication chair. As part of his duties, he will elevate the social media efforts and create a bi-monthly newsletter.

Allen again addressed the members regarding the education committee. He will be working with Jagiela to draft a survey of education topics the members would like to see moving forward. After that, vendor partners were introduced, including Barry Trabb of Complete Fleet. He offered an affinity sponsorship program to the members with a $100 gift card for every vehicle purchased and a matching $100 gift back to the association for same.

Just before adjournment, Jagiela raffled off a pass to the 2017 Chauffeur Driven Show in Orlando, which will be October 22-25. Barry Gross of Reston Limousine was the winner of the full show pass.

The next VLA meeting will be held June 5 in the Virginia Beach region.