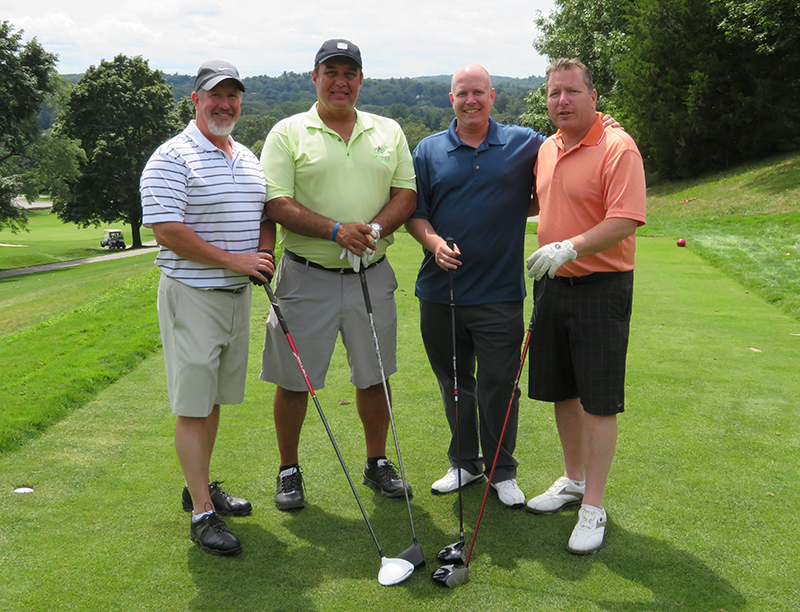 L to R: Carl Haley of Grand Avenue Worldwide, Kevin Illingworth of Classique Worldwide Transportation, CD Publisher Chris Weiss, and Arthur Messina of Create-A-Card Marlborough, Mass. — The New England Livery Association’s (NELA’s) annual George Colarullo Memorial Golf Tournament returned to the Marlborough Country Club August 8. Now in its 18th year, the yearly outing brings together operators, vendors, family, and friends from well beyond the reaches of New England. Chauffeur Driven Publisher Chris Weiss was among the roughly 100 golfers who came out for a day of good company raising money for a good cause.

This year’s tournament also benefited from being scheduled a day before the annual Dav El/BostonCoach affiliate meeting, which helped attract golfers from as far south as Florida and as far west as California.

“We always appreciate Scott Solombrino tying his management and affiliate meetings to this event,” said NELA Executive Director Rick Szilagyi. “We picked up some out-of-town players as a result, which was great and bolstered our attendance.” 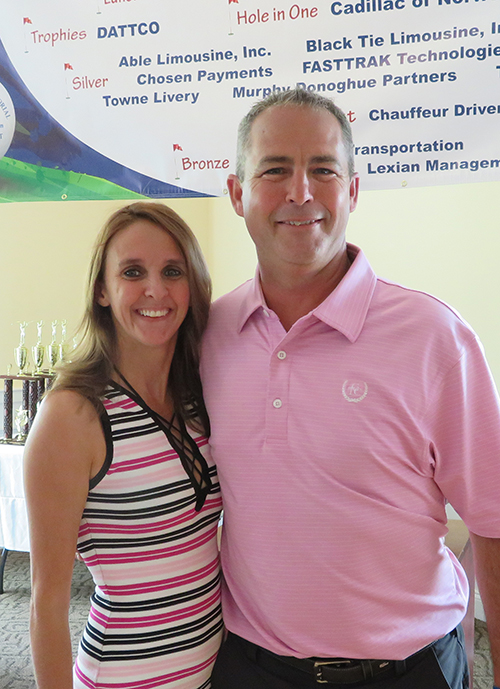 NELA Secretary Lynda Saitta of Momentum Drive and NELA President Mike Callahan of Able Limousine With more than 20 teams battling it out for big bragging rights and an even bigger trophy, NELA President Mike Callahan of Able Limousine led his foursome to victory. In addition to first-, second-, and third-place trophies, the winners of contests like Closest to the Pin, male and female Longest Drive, and the light-hearted Shortest Drive also took home awards of their own.

Though the day’s biggest winners were the Cystic Fibrosis Foundation and Chip’s House, each charity both having a special connection to association members and being among the recipients of the day’s accumulated donations. The latter is a long-term care facility for patients living with head injuries, where the son of the tournament’s namesake currently resides. The former is a newer beneficiary of the annual golf outing’s fundraising endeavors. 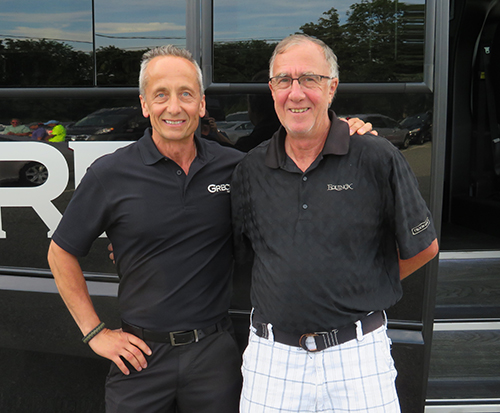 Carl Restivo of Grech Motors (left) and Glenn Stafford of Love Limousine “Mike Callahan has a few friends who have cystic fibrosis running in their families, which is how that connection started,” Szilagyi said. “And then Dawson Rutter, who donated an addition $5,000 to the foundation last year, did the same this year.”

NELA certainly appreciate the camaraderie of the day, and Szilagyi is quick to thank the many sponsors and supporters who helped make the annual event a success. Chauffeur Driven sponsored the morning’s breakfast and donated a few items to help raise money for the two charities and the association itself.

“We could not do this without the support and sponsorship of so many people and companies,” said Szilagyi.

The next NELA event will be its quarterly membership meeting September 12.