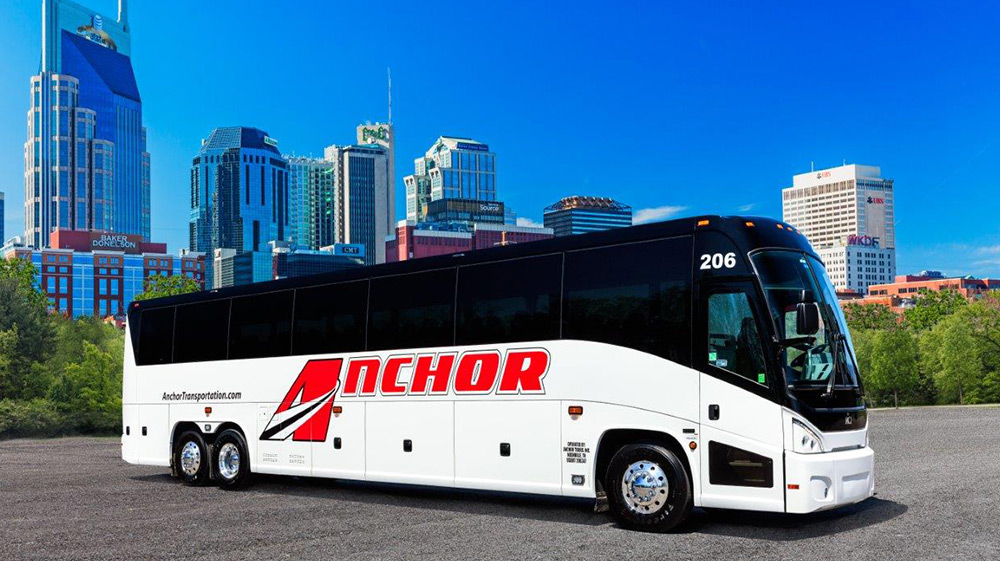 Based in the upcoming 2020 UMA Motorcoach Expo hometown of Nashville (January 19-23), Anchor recently inaugurated the J4500 model into its fleet, adding a total of 13 amenity-filled J4500s over the past two years, increasing its fleet size and capacity.

“We’ve introducing the J4500, which is a new model for us, to better meet the demands of our clients,” said Ancor Vice President and General Manager Jared Stancil. “We like the luxurious wow factor the model offers our passengers, and both our university and tour clients are pleased with the large luggage bays, the unique stairwell entry, and the spacious seating and good-looking interior.”

Anchor, with over 90 motor coaches and minibuses, is a Top 50 passenger carrier as ranked by METRO Magazine. The company was founded in 1989 by Drs. John and Yullie Stancil in Murfreesboro, Tenn. They applied their set of core values to start a business with a single coach so area church groups could travel where they’d like. More coaches followed, as did a move to Nashville. Their nephew Jared joined the growing company in 1999, learning the business from the ground up and paving a future path by continuing his relatives’ passion for service while expanding into surrounding states.

This customer- and employee-centric company works with students, churches, military personnel, and with shuttle system clients at airports, convention centers, hotels, special events and park-and-ride locations. It now employs 175 employees in multiple office locations including a 10-acre headquarters site and facilities in Kentucky, Tennessee, and Alabama.

Its fleet include a mix of newer and older coaches to maximize fleet productivity and profitability and a significant number of those coaches have been built by MCI.

“We learned very early that investing in quality is essential to building a company,” said Stancil, “You’re not only transporting people. Investing in the best equipment gives you a reputation for reliability, too.” 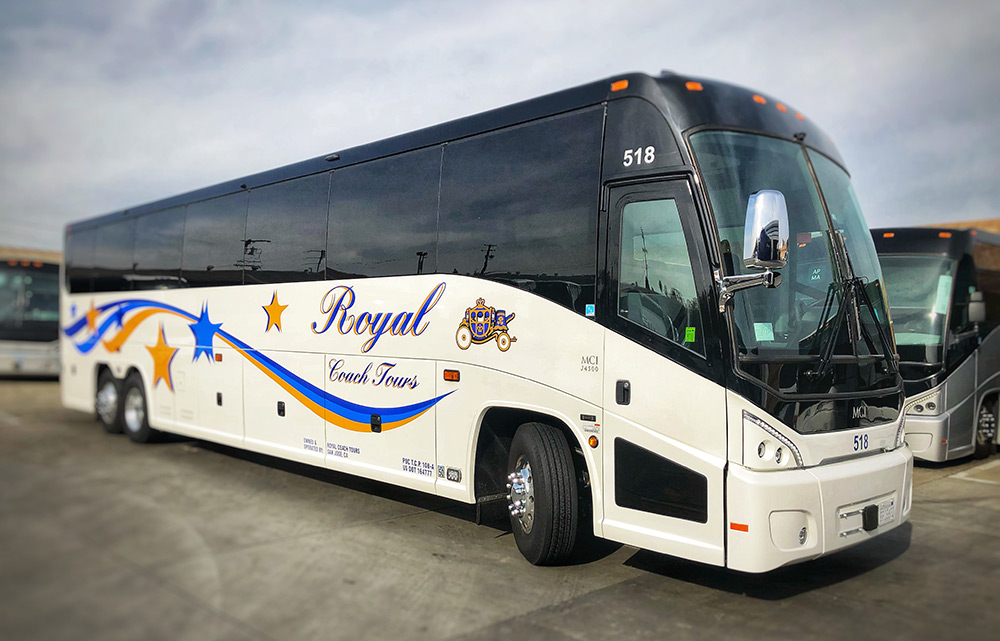 Safety is a high priority. Anchor has won the President’s Circle Award for Risk Control from TRAX Insurance for three consecutive years. The TRAX Award is given to only a few operators for their safety procedures, policies and facilities, participation in risk management and safety workshops, compliance with OSHA regulations and overall accident record.

In other news, Royal Coach Tour of San Jose, Calif., is marking its upcoming 60th anniversary year with a recent delivery of a 2020 MCI J4500 coach.

Royal Coach has served the Bay Area since 1960 and now operates a fleet of 97 vehicles. In 1999, Royal Coach pioneered now-common employee transportation coach service in the Silicon Valley to help a major employer cut the use of cars. Royal Coach Tours gives daily rides to thousands of this client’s employees from several pick-up locations around the Bay Area, dedicating 50 of its 97 coaches to the service.

And befitting the technology industry, this client’s employees can track the on-time performance of their coach by app.

And Royal Coach is expanding, recently opening a second location in Las Vegas. Its new Nevada base serves the tourism and entertainment capital and nearby destinations including the Grand Canyon, Hoover Dam, and Red Rock Canyon.

“We want to be a strong, regionally based presence in both our Bay Area and Las Vegas locations,” said Royal Coach President Sandy Allen, who is the second generation to run the family business with her brother Dan Smith. “We’ll offer the same services in both cities, including corporate shuttles, special events, weddings, airport transfers and expanded excursions to popular nearby destinations.”

In the Bay Area, Royal offers trips to several Northern California destinations, such as Napa Valley, the Monterey Bay Area, Santa Cruz, and the Central Coast, as well as longer trips to Sacramento, Los Angeles, Reno, Lake Tahoe, and, of course, Las Vegas.

Allen’s team ordered its newest J4500 for its industry- leading legroom and all the latest features. The 2020 J4500 offers the new, next-generation, lighter weight Cummins X12 engine and a new e-Fan system for even greater gains in fuel economy. Royal added such optional amenities as power outlets at every seat, customized interior lighting for groups and special branding and MCI’s latest Advance Driver Assistance System (ADAS) package to assist drivers on the road with the most advanced collision mitigation technology available in today’s motor coach industry.

“We waited for the new Cummins engine and we like the direction MCI is taking with the improvements they have made to the J4500,” said Allen. For most of its history, Royal Coach has bought MCI models with the luxurious J4500 used exclusively on its employee transportation routes.

“We’re very proud to serve Royal,” said MCI Vice President of New Coach Sales Patricia Ziska. “And like all current and future MCI customers, we’re dedicated to serving Royal reliably. MCI’s history with Sandy Allen and Dan Smith extends back to the 80s, and we are thrilled to celebrate their 60th anniversary with the delivery of their latest new high-end J4500 for operation in their Las Vegas office.”