Bus manufacturer TEMSA introduced its new TEMSA TS30 34-passenger bus at the recent UMA Expo in Orlando, Fla. The company exhibited the single vehicle at the fair and managed to attract the attention and appreciation of all participants with its new redesigned TS30 motorcoach. 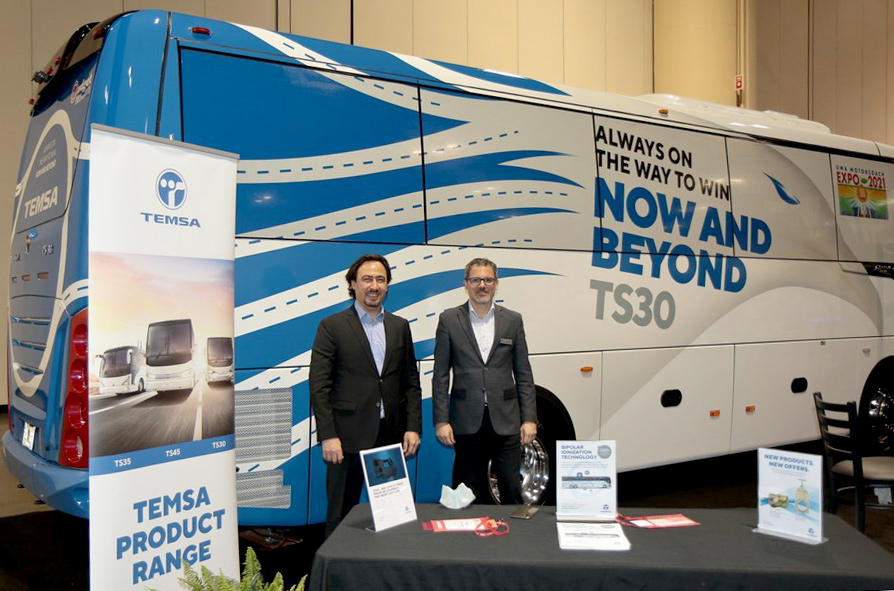 Having entered the U.S. market in 2010, TEMSA continues to operate through the TEMSA North America (TNA) Company founded in 2018. TEMSA that has managed to be one of the most important actors in the industry, by achieving a 10-percent market share where it operates presently, appears to be an "automotive-focused technology company" with over 1,000 vehicles in the U.S. The company that considers the North American market as one of its growth accelerator in the future and aims to bring the TS45 Electric Bus that it has recently developed specifically for U.S. market.

"We are proud of having arrived at a successful point on a challenging market like the U.S.,” says TEMSA CEO Tolga Kaan Doğancıoğlu. “Besides, it is an important factor in identifying new targets for the forthcoming period. We have so far undersigned great achievements through the contribution of having analyzed the market and determined the needs in an accurate fashion. Our electric vehicles that we produce along with all their technology will soon hit the roads in different parts of the U.S., particularly Silicon Valley. In the forthcoming period, we aim to write greater success stories, especially in the North American market, through the new partnership of PPF and Skoda Transportation."

TEMSA North America Country Director Fatih Kozan recognized that it is the 50th anniversary of UMA. "As in every year, we also took part at the fair this year with an innovative product, which brings design and technology together,” he says. “Our TS30 vehicle has been the number-one choice of transport companies providing services with high quality standards in the market, as a high-end product that has never been in the travel/motorcoach segment in the past. Our model that we have enriched through new equipment gained the appreciation of all operators. We believe that we will bring our sales performance in the market to higher levels thanks to our new product that stands out with its sturdiness and low operational cost."