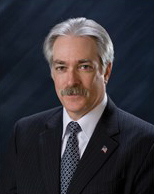 NELA CEO Rick Szilagyi Boston — A last-minute push to legalize TNCs in Massachusetts resulted in a New Year’s Eve hearing at the State Transportation Building. Members of the New England Livery Association (NELA)—as well as Taxicab, Limousine & Paratransit Association (TLPA) President Mike Fogarty of Tristar Worldwide, taxi company representatives, and industry advocates—attended and testified at the hearings in an effort to ensure that the voices of the regulated transportation industry were heard.

Before leaving office January 8, one of the last initiatives that outgoing Massachusetts Governor Davel Patrick ushered in was formally recognizing TNCs as legal modes of transportation in the state, as long as they’re in accordance with new regulations.

The state’s Department of Public Utilities (DPU) will now act as the licensing authority over the likes of Uber and Lyft, who must obtain TNC Certifications to operate and whose drivers are permitted to offer commercial transportation with proof of personal—not commercial—insurance. Drivers also must be at least 21 years old, in possession of a valid driver’s license, and comply with the DPU requirements.

“These regulations validate TNCs to drive on personal license plates but a few months ago, the Massachusetts Commissioner of Insurance put out a warning to drivers and passengers that it is illegal in the state for people to conduct commercial ground transportation on personal insurance,” says NELA CEO Rick Szilagyi. “TNCs have been turning their backs on that decision. Insurance companies haven’t changed their minds.”

Szilagyi says that the hearings were “extremely heated,” and many of the area’s taxi drivers delivered emotional testimonies on behalf of their livelihood. With thousands of Uber drivers alone operating in the greater Boston area, the taxicab industry has been hit especially hard by the oncoming wave of TNCs.

“Someone said that, on average, taxi drivers in Boston are bringing home $40 a day,” Szilagyi says. “They’re being destroyed.”

The December 31 hearing also saw a few testimonies from the chauffeured ground transportation industry: Szilagyi spoke on behalf of NELA; Fogarty testified for both TLPA and the Massachusetts-based American headquarters of Tristar Worldwide; and NELA board member Gina Walker of North Shore Shuttle/BeDriven.com represented her companies.

NELA is now seeking to engage lobbyists and joining forces with the Massachusetts Regional Taxi Advisory (MRTA) group, as well as working with The Nolan Group, which is the PR firm that MRTA is currently utilizing. The association currently has two missions for the near future, according to Szilagyi: exploring any options to stop the regulations that have been put in place, and determining its course for the future.

“The real thing that Patrick did is not regulation but rather is essentially deregulation because the result would be, why would a taxi driver want to shoulder the costs and burdens of being a taxi driver when he or she could be a TNC driver?” Szilagyi says. “The regulation lets them do business as they’re currently doing business, which isn’t right. If it stands, it has the potential of deregulating taxi and livery.”