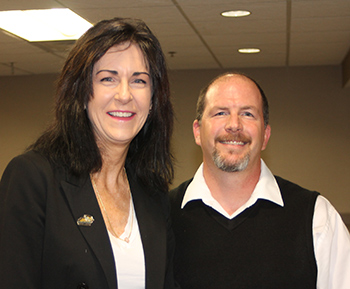 On June 3, the association’s lobbyists at the Rotunda Group held a meeting with Kentucky House representative Hubert Collins and the Kentucky Transportation Committee. The meeting provided a sounding board for TNC regulations, as well as an update on the statute status of both insurance requirements and the sizes of stickers all TNC drivers in the state will be required to display in their vehicles’ front windows. As of April 30, Lyft is the only ride-hailing company to meet all of the state’s regulatory requirements and was granted operating authority in Kentucky.

Also on April 30, the Division of Motor Carrier’s Office of Legal Services reported that the amendments to KRS 281 include: elimination of both certificate of need and contract carrier designation; raised fees for certificate application and annual operator authority/vehicle renewals; instituted three-year criminal background check requirement for all persons directly involved with the general public in any capacity for any company; extended driver history requirements; and added required vehicle inspections by only ASE designated facilities.

KLA members also have a full slate of upcoming events to look forward to, starting with its annual participation in the Kentucky State Fair this August. The association’s booth will feature giveaways and also display KLA Treasurer Jenny Summit’s limobus.

The association will also host its first-ever advertised Member Appreciation Day, which it’s planning for a September debut. The inaugural event will also serve as an opportunity for the Republican and Democratic candidates in this autumn’s gubernatorial race to meet with KLA members so they can discuss the state of the industry with the governor-hopefuls.

“We’re very excited about this and putting it together,” said KLA Secretary Kent Sparks of Lake Cumberland Limousine. “The upcoming governor's race here is a crucial one for our industry, so giving both candidates, now that they have been selected by their parties, an opportunity to come speak will be huge for ground transportation in Kentucky.”

A fall retreat that would have KLA visiting a local coachbuilder is also in the works, as members have been brainstorming ideas to flesh out the association’s non-business aspects of their meetings.

The next KLA meeting is scheduled for August 11, with the location to be determined.