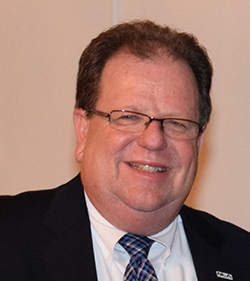 WFLA President Dave Shaw Oldsmar, Fla. — The West Florida Livery Association (WFLA) met May 26, its last Tuesday meeting before changing its meeting schedule to the third Wednesday of each month.

As the WFLA has been working closely with the HCPTC to better regulate TNC operations, the commission’s then-upcoming Rules & Policy Committee meeting and workshop was discussed, which WFLA members were encouraged to attend. The committee unifies both the taxicab and black-car sides of the ground transportation industry to properly identify, define, and regulate commercial vehicles.

The next meeting of the WFLA will be held June 17 at FlameStone American Grill.