Annual GCLA Poker Tournament Is a Big Win For All 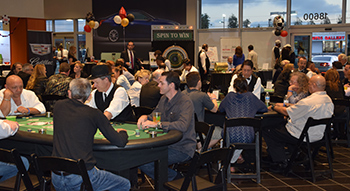 The yearly event, which began as a way to raise money for the association and has since become one of its biggest fundraisers, was once again hosted at SoCal Penske Cadillac—making this the third year the dealership has opened its doors to the event.

GCLA President Kevin Illingworth and SoCal Penske President Phil Hartz both welcomed the crowd, and Hartz spoke about the hotly anticipated Cadillac CT6 before Illingworth presented the many donated items that were being auctioned off to raise money for both the association and its lobbying efforts. 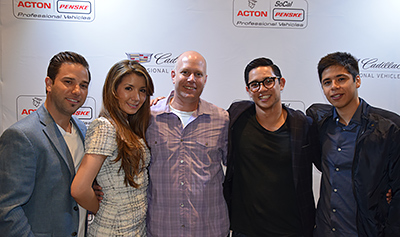 L to R: Jeff Brodsly and Katie Martinez of Chosen Payments, Chauffeur Driven Publisher Chris Weiss, Michael Campos of Grech Motors, and Andy Reyes of Dash30 Digital While roulette, blackjack, and “Spin to Win” prizes were available to those who wanted to try their luck at other games, the poker tables were the places to be, as the tournament winner went home with a 55-inch television, which was donated by Grech Motors. Peter Flores of SoCal Penske won the grand prize, which he donated back to GCLA to further raise funds for the association; Michael Forster of Ascot Limousine ultimately put up the winning funds to go home with the TV.

GCLA’s next event will be its annual Expo and Tradeshow, held at Turnip Rose Promenade & Garden in Costa Mesa September 24.