New Orleans — The Limousine & Sedan Steering Committee of the Taxicab, Limousine & Paratransit Association (TLPA) met in New Orleans for a full-day planning session on December 2, 2015. Co-chairs Ira Goldstein of the Black Car Fund and the Black Car Assistance Corp in New York, N.Y., Mike O’Connor of Transdev/SuperShuttle/ExecuCar in Phoenix, Ariz., and Paige Coker of Transportation General in Birmingham, Ala. led the discussions. 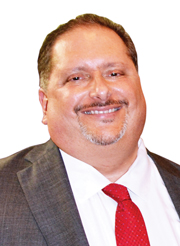 Ira Goldstein, Black Car Fund Much of the morning was spent discussing the changing customer expectations that limousine and sedan operators now face. To address those prospects, many of the committee members reported they are taking the following actions: Creating customer loyalty programs, offering more hands-on management of large group events, offering more flat-rate fees or even zone-based fees, focusing more on VIP clients to ensure they always receive the best service, figuring out ways to effectively involve chauffeurs in customer recruitment, adopting e-training that can be accessed by chauffeurs during their wait times, making certain the customer receives timely service even if that means turning the trip over to a licensed competitor, expanding marketing on social media, and other steps.

The committee members discussed a variety of educational topics that could be presented at TLPA’s Spring Conference & Expo in New York City, April 21-23, and decided on the following four topics: 1) “Driver recruitment and retention”; 2) “How to organize and manage social media”; 3) “Call center out-sourcing”; and 4) “‘Cooperition’ for cooperatively competing.” The titles of the four sessions are self-explanatory, with the possible exception of the fourth one. “Cooperition,” a term frequently used by Ira Goldstein, refers to transportation companies that compete with one another in recruiting clients/customers but pool resources to make certain customers receive prompt service.

During the afternoon, the committee focused on state and federal legislative issues. Its members reported that they expect legislation addressing TNCs to be addressed in New York, Florida, Massachusetts, and Connecticut. On the federal level, TLPA expects a push to address the concerns of sharing-economy proponents, including Uber. TLPA’s position is that local transportation is a state concern and that Congress should respect state rights and let this issue be resolved at the state or local level of government. Additionally, TLPA is monitoring Congress to see if it is going to take any action on the employment status of sharing-economy workers. The legislative discussion ended with the committee members reaffirming that TLPA’s 2015 position paper on TNCs addresses the key issues and no new issues need to be added to the paper.