Boston — United Private Car recently announced the delivery of a new 2017 Lincoln Continental. As one of the first livery companies in Boston to receive a Continental, the company feels that it’s the most exciting addition to their fleet this year. 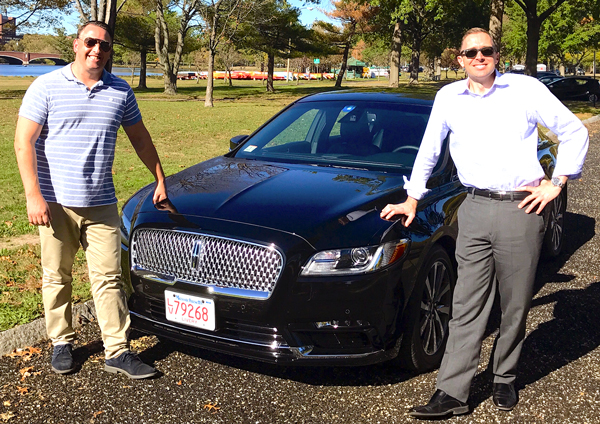 Jason Dornhoffer (left) and Terry Murtaugh with their new Continental “We are thrilled with what Lincoln has done with the 2017 release of the Continental,” said Terry Murtaugh, co-founder of United Private Car. “It’s still an icon, but completely modernized with an exciting new look and feel inside and out.”

“It’s been getting a lot of attention and positive feedback already,” added Jason Dornhoffer, United Private Car co-founder. “Our chauffeurs have been surrounded by curious drivers at the Logan Airport Limo Pool anxious to hear all about it, and most importantly our clients love the amenities and comfortable ride.”