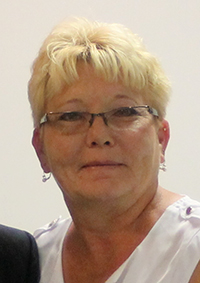 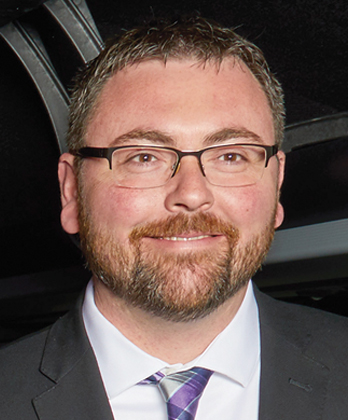 Shortly before the call, the PGA of America announced that the Ryder Cup golf tournament has been postponed until September 2021. Expected to be held this year at Whistling Straits in Kohler, Wisc., the Ryder Cup was to be a major event for Midwestern operators, so this news, while not unexpected, was disappointing to the WLA members. The PGA similarly postponed the 2021 Presidents Cup tournament to September 2022, which will undoubtedly concern North Carolina operators.

As expected, COVID-19 was discussed among those on the call. Members shared their frustration at the lack of definitive statistics as well as continued difficulty in finding cleaning supplies. Lotts was particularly gobsmacked by Lysol being sold for $14 per can on Amazon. Vendor Member Bill Battisti of Midwest Transit/Nationwide Bus Sales let members know that he is fully stocked on safety and prevention accessories for limousines and buses.

Before the call concluded, DeVon Gillespie of Milwaukee Executive Livery confirmed that the Democratic National Convention is still being held in Milwaukee, but will be a “virtual” event.

The next WLA conference call is scheduled for Wednesday, August 12 at 1:00 PM CT.

The Global Business Travel Association (GBTA) Board of Directors today announced that they have canceled its fall conference. The conference, which was originally scheduled for this month in Denver, was pushed back to November early in the COVID-19 pandemic. The association was hopeful that the massive annual event, which draws thousands of worldwide attendees and vendors from all sectors of business travel, would be held at a time when things were getting back to normal for travel professionals.

The move was not altogether unexpected as GBTA leadership monitored the situation closely. Although there was mixed demand from association members, according to GBTA surveys, the current conditions made it impossible.

From the letter:
“Over the past few months, GBTA staff and leadership have explored every option possible to proceed with the association’s 2020 Convention set for November in Denver, Colorado. That said, with the COVID-19 pandemic continuing to spike globally and the Denver Convention Center dedicated to a temporary medical facility, the convention center cannot be made available to us for our November dates so they have had to cancel our event.

"We understand that this decision may come as a disappointment to you exactly as it has to each of us, as we, too, very much look forward to what annually represents ‘The Business Travel Event of the Year®.’ One of the unfortunate realities of this pandemic and its many accompanying challenges has been its outsized impact on business travel and our industry worldwide. We, too, had looked forward to reconnecting this year at GBTA Convention 2020, to draw strength from one another and to share best practices and creative, collaborative ideas for how to succeed in such an unprecedented and challenging environment.”

GBTA says that it will have additional information about “the next steps” in the coming days.

There was reason to celebrate during the most recent United Motorcoach Association (UMA) Town Hall, held on July 2 and hosted by President & CEO Larry Killingsworth and COO Ken Presley. Just 24 hours earlier, Senators Susan Collins (R-Maine) and Jack Reed (D-R.I.) introduced the Coronavirus Economic Relief for Transportation Services Act, or CERTS Act (S. 4150), that would provide up to $10 billion in economic relief through loans and grants for the motorcoach industry. In fact, the bill was so new that it didn’t even have a bill number at the start of the call.

“The CERTS Act is specifically targeted to motorcoach operators to help bridge the gap until motorcoaches are rolling again. It recognizes the capital-intensive nature of our members and will help them maintain their skilled team members, as well,” said Killingsworth.

Presley and Killingworth were joined by UMA lobbyist Becky Weber of Prime Policy to give the tentative details of the proposed bill, including:

The full text of the bill can be read here.

The emergency assistance would be facilitated through the Department of the Treasury and with guidance from the Secretary of Transportation. Although it’s very early in the process, Presley said that the program could resemble a mix of the Paycheck Protection Program (PPP) and the Main Street Lending Program.

While UMA has been working behind the scenes with other bus associations—including the American Motorcoach Association—to help get the bill launched, Presley noted that it was the indefatigable efforts of members and industry supporters contacting their lawmakers with more than 46,000 letters over the campaign that drove it home.

“The legislative team at UMA has been quietly working with Senators Collins’ and Reed’s staffs for weeks now,” said Presley. “The bill has gone through several drafts, so it was important to allow the process to take its normal course. We all need to work together to get it passed."

Weber stressed that it was crucial not to take the foot off the gas with Congressional outreach as the critical window to get the bill passed ends when both chambers recess again on August 7—just five weeks from now. As the House and Senate are both on recess until July 20 and legislators are in their districts, now is the time to schedule in-person meetings, phone calls, and send letters to keep the pressure on. While the CERTS Act will be part of the overall next round of COVID relief, the appetite for a bill exceeding $1 trillion is low for Republicans.

Weber added that if met with resistance from lawmakers who refer them to the PPP, she said to thank them for that short-term assistance but to stress that this unique industry will have a longer-term recovery than most that desperately need additional emergency aid—and “hammer home the WHY.”

She also recommended building a coalition of peers—OEMs, DMCs, hotels, travel and hospitality professionals, and even friends and family—to contact Congress.

UMA member Kim Grzywacz of CIT Signature Transportation—who had great success when contacting her representatives in her home state of Iowa—also encouraged her fellow members to treat these efforts like you’re fighting for your biggest sale. In addition to the form letters that can be found here and here, she recommended sending your own personalized letter to tell your own story and “be a little vulnerable.”

The PPP, which was extended through August 8 after the original June 30 deadline saw $130 billion in untapped funds, is also being considered for a second phase where business owners could reapply to cover salaries and partial expenses for another eight-week period. Presley reported that many members have found a way to make the program work well for their companies as travel slowly begins again.

In other news, UMA Risk Management Chair Matt Dance of Champion Coach announced developments in UMA's AssurCLEAN, a free training and certification program for members on COVID-19 safety protocols. More details about the program can be found here.

UMA Town Halls are scheduled for every Thursday at 2 PM ET. Visit uma.org for more information on how to join the weekly meeting.